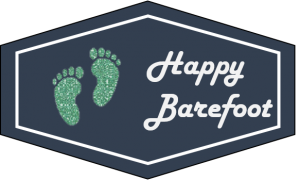 If you practice sport, especially running, you probably encountered barefoot alike shoes like Vivobarefoot, Vibram FiveFingers or XeroShoes. It seems these days, that natural feet movement has become of a mainstream in many places.
So, when did this happened? what happened all of a sudden? And, is it just a barefoot trend or is it here to stay?

We have checked what does the internet have to say on all of this, meaning, we asked Google!

But instead of just googling it and get trillions of shoe recommendations, we used Google trends. Which is a super cool website by Google that analyzes the popularity of top search queries in Google Search across various regions and languages. In other words, it puts all google search history in the world in an easy to use analytics tool.

We have chosen the following keywords to lead our google barefoot trend analysis:

Once you will insert these keywords you will immediately see a clear correlation between all of them. No need for complicated SPSS statistic calculation to see that these terms are very much related. We did not use the FiveFingers search in the main graph as in part of the timeline these search keywords are so strong that you can barely see the behavior of the rest of the keywords. But they were definitely effected of the same things. Also, this research is done with using the United state as origin of the searches, though if you’ll change it to Worldwide it will give a similar picture. For the UK, it will give a bit of a different picture, but it’s still a similar barefoot trend.

Before 2008, We can see that these terms have already had their presence in our life before that year, but in much smaller volumes. There are no big dramas, and it seems that this is the way it has always been. In the interest of only a small group of curious naturalists.

2008-2009, something happened in April 2008, it did not yet change the way the world see this topic, but it’s defiantly is interesting to check it closely. It looks like Vivobarefoot, started as Terra Plana, and evolved to one of the leading brands for barefoot alike shoes today, have made some kind of breakthrough. Though they launched their first formal patented shoe on 2004 (ultra-thin puncture-resistant sole), they also made the following statement “By 2008 we had figured out how to make great shoes“. Looks like this was the year they have made a significant breakthrough in the market.

You can see in the graph above that Vibram’s Vibram FiveFingers brand had also experienced a similar effect at the same time, but it didn’t affect it as strong as it did for Vivobarefoot. And maybe it was Vibram that enjoyed Vivobarefoot’s success effect that year. Before that year, Vivobarefoot’s internet footprint was barley existing out of the UK. It seems that this is the year they have started to look at other markets, out of the UK.
It is also very much possible that they have invested extensively in marketing, therefore the evidence in internet search volume. For example, we found a NY magazine article from the same date, that extensively reviews Vivobarefoot ideas, coincidence? Not likely. It is likely the Vibram 5F, till then the main player in the market, if not the only serious one, found another big player in the same worldwide playground. And together, with or without coordinating, the trend started to gain acceleration.

2009-2014, well, something defiantly changed the word at this point of history. I guess most barefoot fans know the book “Born to run” by written by the journalist Christopher McDougall. And I guess a big part of them will tell you that they have started to go barefoot and exercise barefoot running after reading that book. Well, that book was published exactly where our time segment starts. it’s were all keywords popularity starts to incline more and more, until it gets’ to its peak somewhere at the end of 2010. McDougall’s name, who didn’t have much of an existence relatively to all of this other strong keywords, started to include together with them. Until it slowly declines to a point where it gets stabilized. This was the big push that all of the commercial markets were waiting for. Once the big brands like Nike, Adidas, NB, etc. noticed it, they also joined the party and started making what they called minimal shoes (which is another story that needs to be told, but in another day).

2014 till today, after 2010 the popular peak the barefoot trend has slowly declined till 2014, where it got stabilized to the proximity of two times more (on average) than before 2008. I can only say that like all big hypes, it usually starts big and then either reduced significate to what the world can contain or it disappears the way it came into our life, see for example Google Glass, or the hula hoop in the 50s, it was crazy!

Back to our google trends, barefoot, since from 2014 till today, it seems pretty much stable on this graphs, I would say it’s here to stay, and maybe in time even get a bit bigger, until the next bestseller book or out of the normal insight will surprise us.

Barefoot Shoes Benefits: Are they worth it?

Mea Pabiona - August 26, 2021
Walking barefoot is the most natural way to make our feet stronger. The problem is we can't go barefoot round the clock. We can move barefoot at home all the time but we won't be able to do this in our workplaces. It's possible, however, for us to settle for the next best thing - wearing barefoot shoes.

Why I started barefoot running

Minimalist shoes for kids, should you consider it?

Minimalist shoes for kids, should you consider it?